Calhoun Statue Protectors Give Up 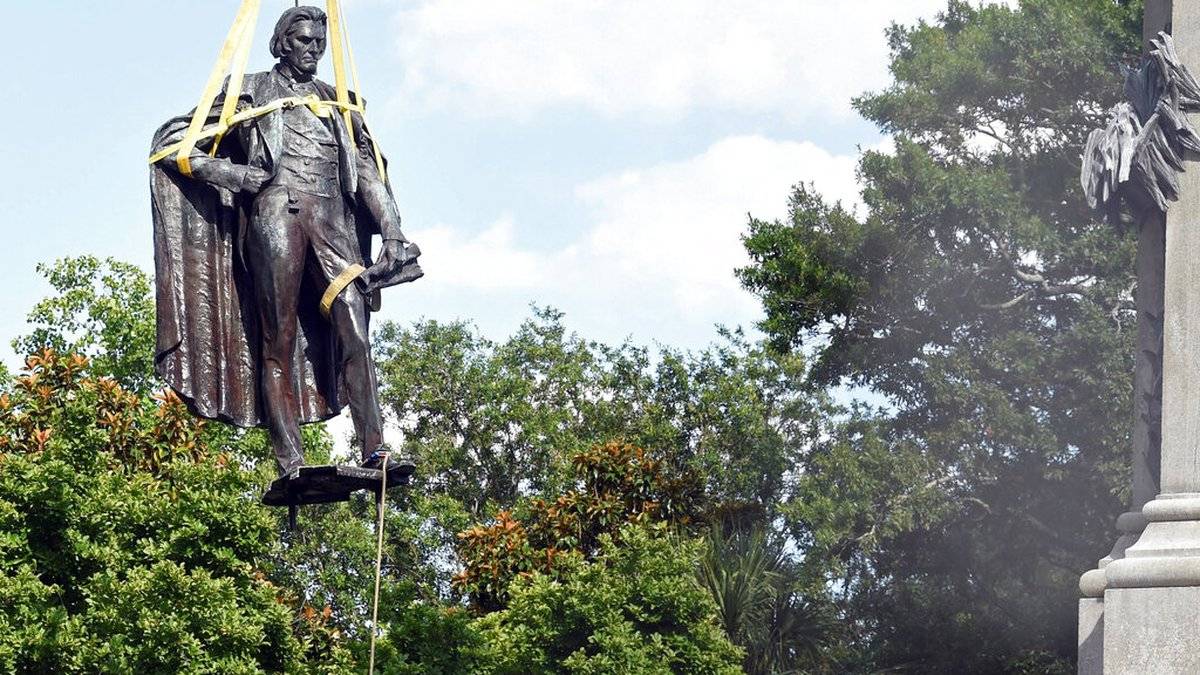 A statue of former U.S. Vice President and slavery advocate John C. Calhoun is raised by crews after its removal from a 100-foot-tall monument on Wednesday, June 24, 2020, in Charleston, S.C. Lawsuits filed to stop the removal of memorials to Confederate leaders and the pro-slavery congressman in a South Carolina city have been dropped. The Post and Courier reports that the American Heritage Association helped fund one of the lawsuits. It had been filed by descendants of John C. Calhoun, a former congressman and vice president who died before the Civil War. (AP Photo/Meg Kinnard, File)(Meg Kinnard | AP)