Taxpayers On The Hook For Confederacy Celebrations 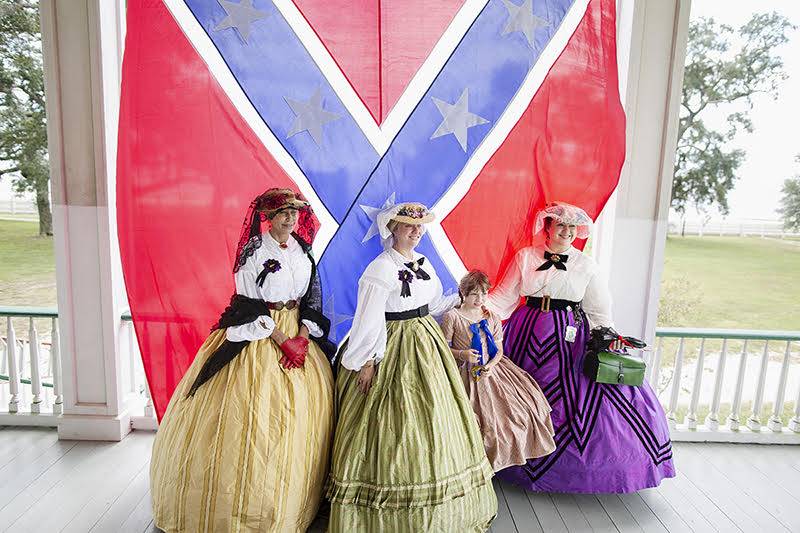 In the last decade alone, American taxpayers have spent at least $40 million on Confederate monuments and groups that perpetuate racist ideology.

ith centuries-old trees, manicured lawns, a tidy cemetery and a babbling brook, the Jefferson Davis Home and Presidential Library is a marvelously peaceful, green oasis amid the garish casinos, T-shirt shops and other tourist traps on Highway 90 in Biloxi, Mississippi.

One gray October morning, about 650 local schoolchildren on a field trip to Beauvoir, as the home is called, poured out of buses in the parking lot. A few ran to the yard in front of the main building to explore the sprawling live oak whose lower limbs reach across the lawn like massive arms. In the gift shop they perused Confederate memorabilia—mugs, shirts, caps and sundry items, many emblazoned with the battle flag of the Army of Northern Virginia.

It was a big annual event called Fall Muster, so the field behind the library was teeming with re-enactors cast as Confederate soldiers, sutlers and camp followers. A group of fourth graders from D’Iberville, a quarter of them black, crowded around a table heaped with 19th-century military gear. Binoculars. Satchels. Bayonets. Rifles. A portly white man, sweating profusely in his Confederate uniform, loaded a musket and fired, to oohs and aahs.